Renewal of the radio and television legislative franchise 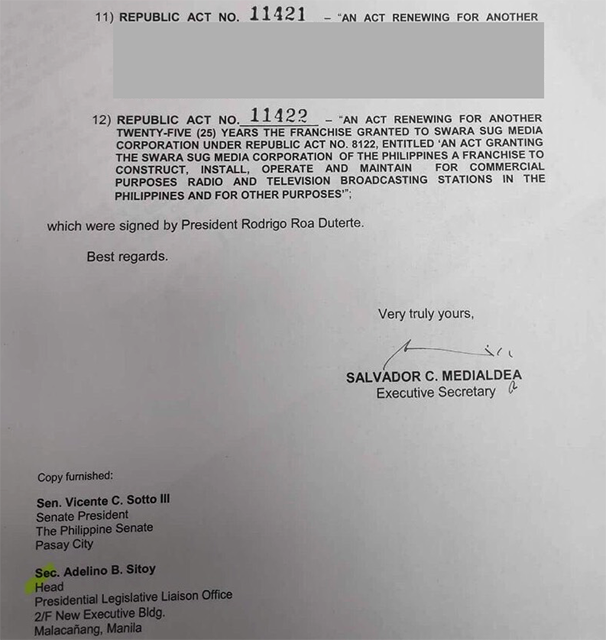 The Firm is pleased to announce the renewal of the radio and television legislative franchise of Swara Sug Media Corporation for another 25 years. The Firm acted as lead counsel in such renewal, and have filed for application with, and attended the public hearings at, the House of Representatives and the Senate of the Republic of the Philippines. The President of the Republic of the Philippines has signed Republic Act No. 11422 otherwise known as an act renewing for another 25 years the franchise granted to Swara Sug Media Corporation. Swara Sug is otherwise known as Sonshine Media Network International or SMNI.